It Is a Small Token of Gift To Our World Leader and our Honorable Prime Minister : Dr. Chinmaya Rao

Composed in Sanskrit, the song compares the Prime Minister Narendra Modi to the Sun, to which Dr.Chinmaya M Rao has written, composed music and sung by himself.

This was the first video song by singer Dr. Chinmaya M.Rao, which he dedicated to the Honorable Prime Minister Of India.

This song concept was given by Dr. Gita Badikilayya, and the video was shot by Keshava Productions, Bangalore.

The iconic and the famous Omkarashrama in Rajarajeshwari nagar of Bangalore is shown in this video specially.

The different lines of this Sanskrit song show us the Charm of Sri Narendra Modi and his worldly spirit.

The uniqueness of this song is

The 1st letter of 1st line is NA

The 2nd letter of 2nd line is REN

The 3rd letter of 3rd line is DRA

The 4th letter of 4th line is MO

The 5th letter of 5th line is DI

And after this VISHWA CHETANA will appear in different letters of next different lines.

So finally, it will be NARENDRA MODI VISHWA CHETANA, Dr Chinmaya Rao explained regarding this specialty.

This meaningful rendition was translated to Hindi and English and were sent to the Prime Minister’s Office last Ugadi.

“It is a small token of gift to our World Leader and our Honorable Prime minister”, said Dr. Chinmaya Rao.

My Salutations, to the Lord Surya!

You are prayed by the mighty Lord

Devendra and the other gods

The one whose abode is the vast ocean,

Showering upon us, immeasurable happiness.

You possess the power to brighten up the whole world;

My salutations to you!!

You awaken feelings of unity in the

minds of people across the whole world

You provide life to all beings on Earth!

The Apparent Northward Movement of The Sun,

Blazing the Path Towards Progress

You are the Manifestation of Om,

Oh Lord Surya, you are the one who is special in this universe, who gives us his bright, lustrous light

The one who puts caste, creed and race aside,

You are one who sees everyone equally!

The Epitome of Benevolence,

Adorning the Jewel of Tranquility!

Oh Sun God, Salutations to You!

The Apparent Northward Movement of The Sun,

Blazing the Path Towards Progress 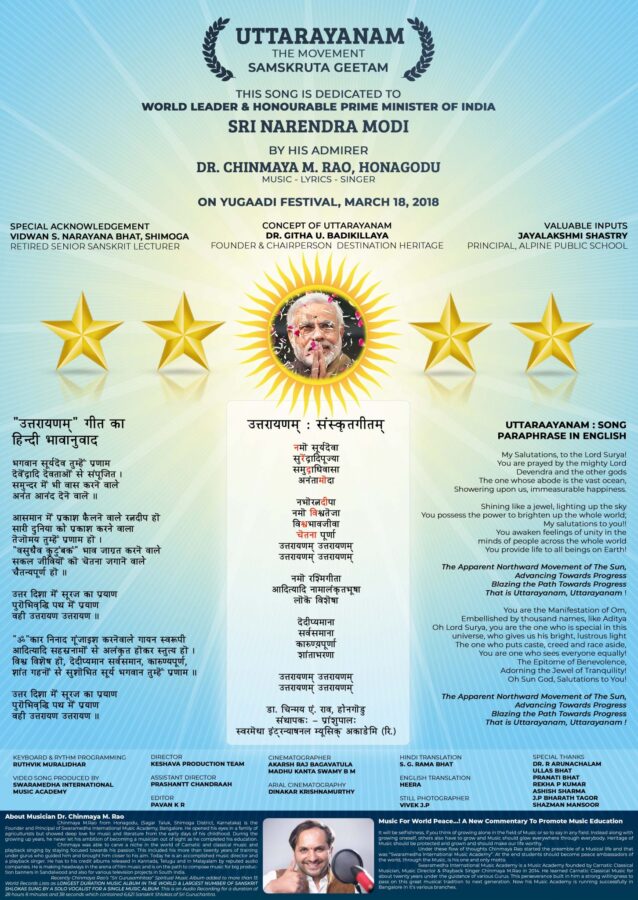 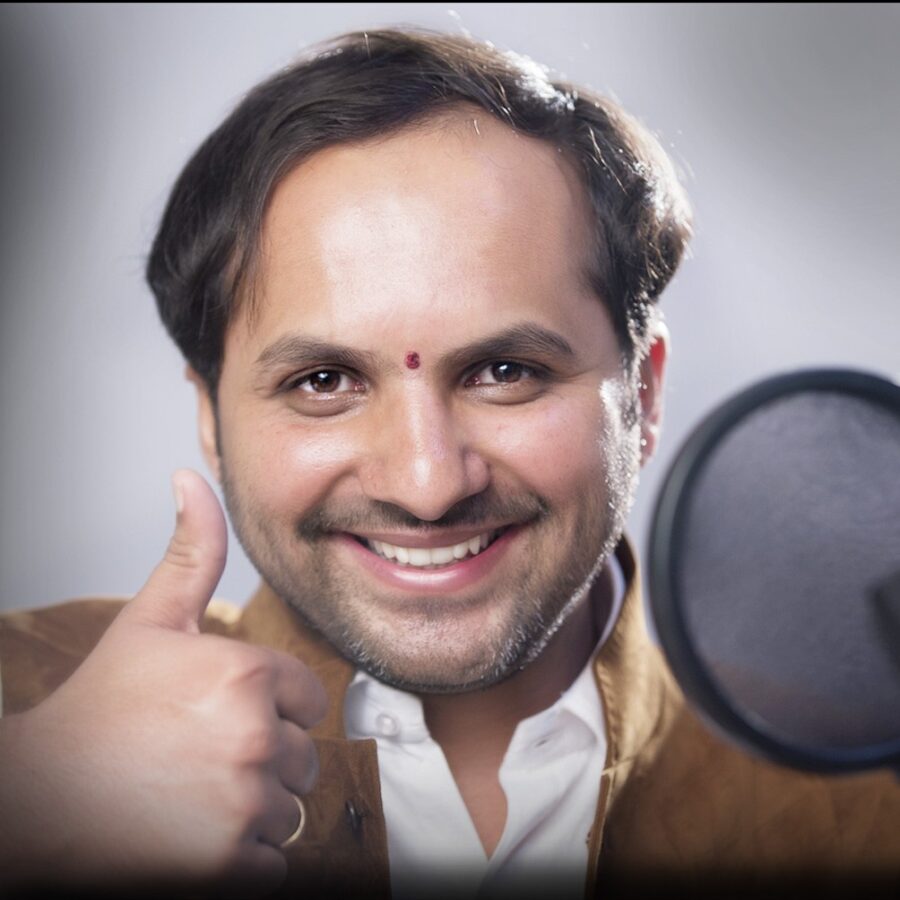 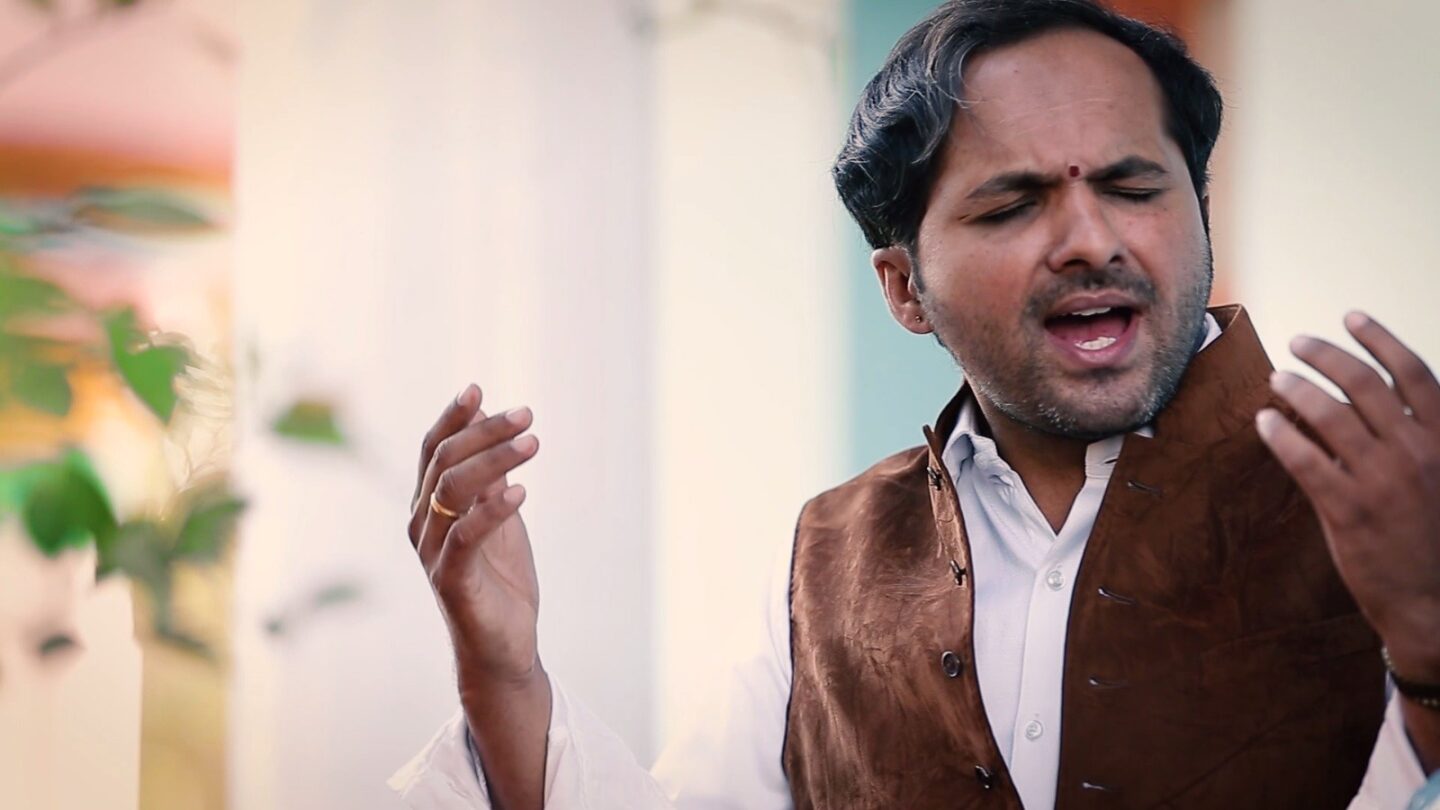 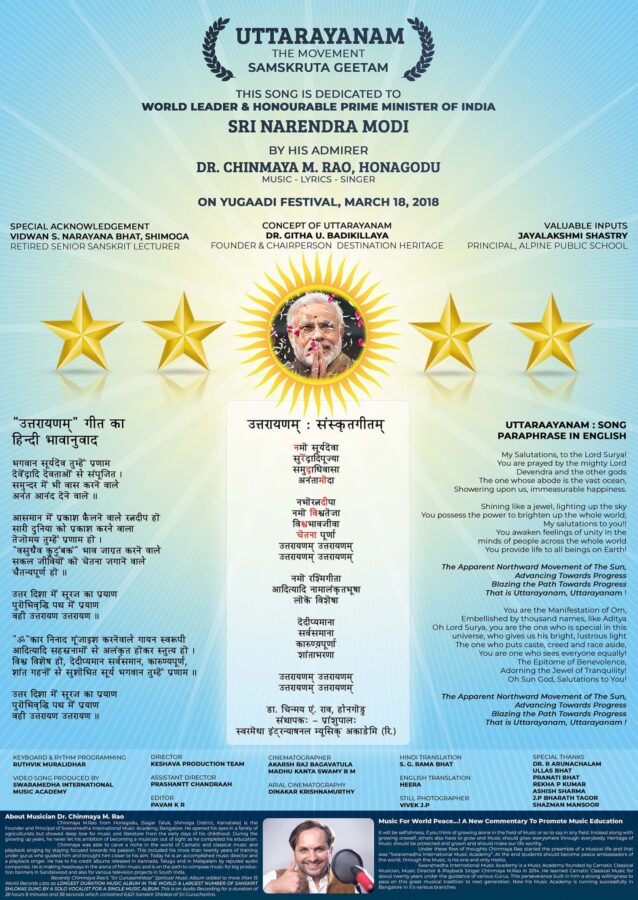