Moumita, hails from West Bengal (the cultural state of India). From Childhood onwards she was always been inclined towards dance. She entered the world of dance at the tender age of five and performed in various school level competitions. Since then she has learnt various dance forms and currently actively learning Mohiniyattam in Monisha Arts under the tutelage of, Karnataka and Kerala Kalashree Guru. Smt. Sreedevi Unni. & currently pursuing her career in dance as performer and teacher in the Delhi Public school(east), Bangalore.

Guru. Smt. Sreedevi Unni has nurtured her talent since 2013. With the advanced and detailed learning under her Guru, her love for Mohiniyattam grew further. She is been embraced by several opportunities to perform on prestigious stages which helped her to develop confidence & hunger for such profound dance art “Mohiniyattam” further. Apart from this she is also very keen on exploring other forms of dance, she performed and choreographed semi classical, Bengali folk dance, Rabindra Nritya, and creative dance.

After her 12th class, she continued her Bharatanatyam study from Kala Kaveri College of fine arts.

Moumita finds dance a true healing and happiness. She has choreographed dances to children during her high school and college years.

She has given several performances in Bharathanatyam, Rabindra Nritya, Semi classical dance form and Mohiniyattam till date.

Few of Them Are

2-She Performed a Malayalam Tv Channel Named Kappa TV And the Program Name Is” Footloose”. 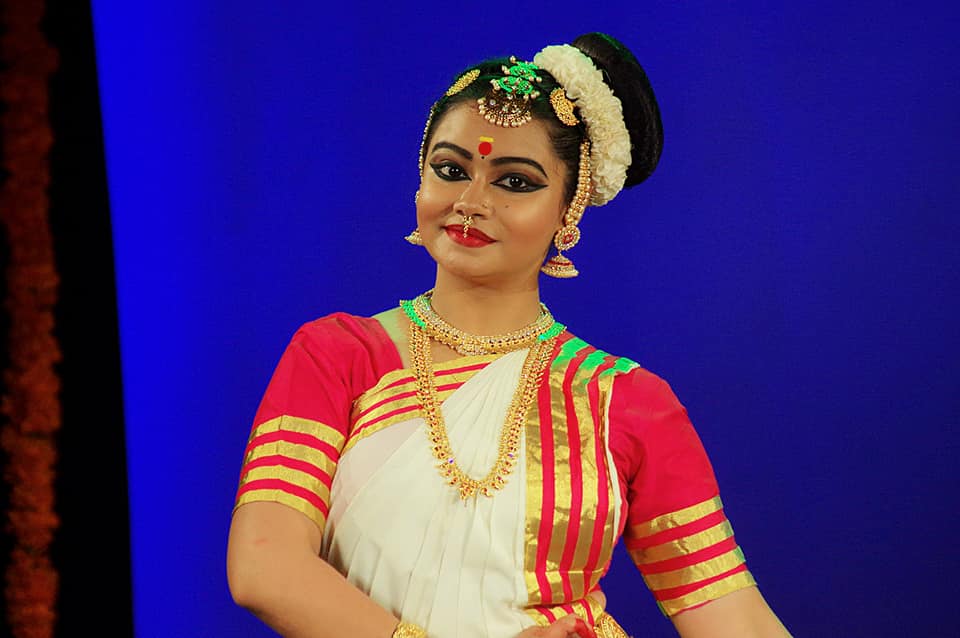 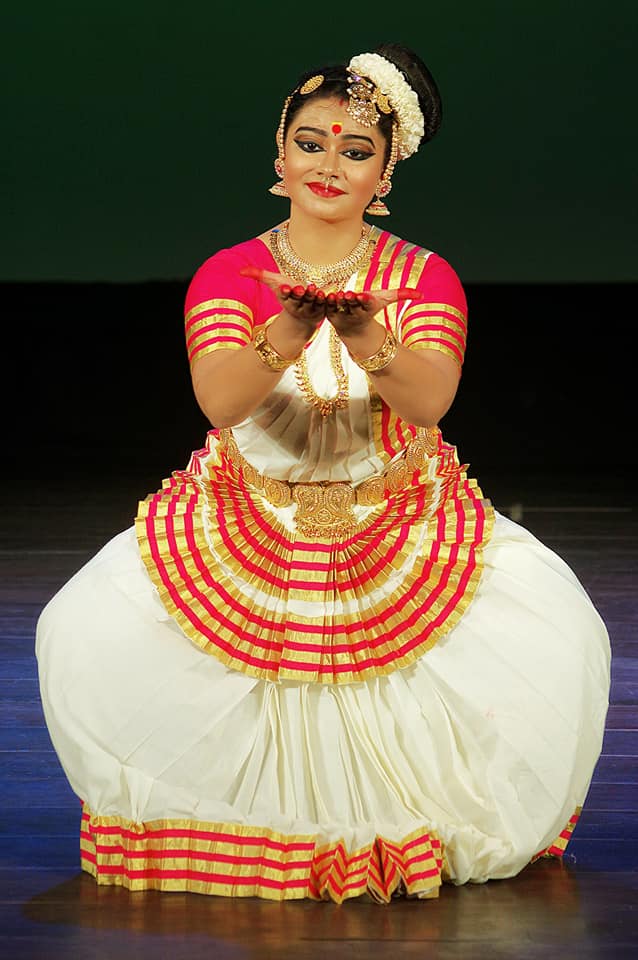